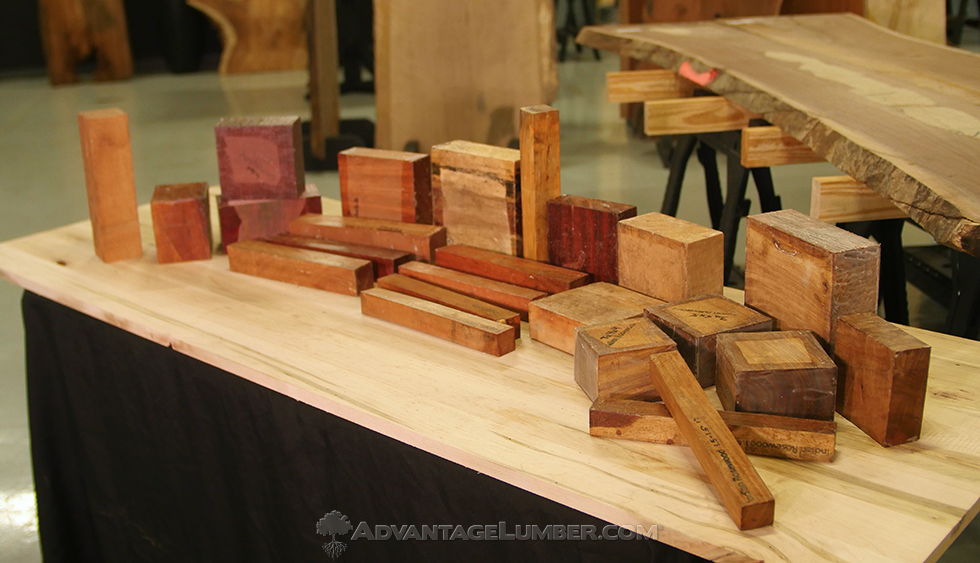 Scientific Name
Not a distinct species of maple; describes a fungal discoloration caused by wood-boring ambrosia beetles. The majority of ambrosia maple is found in species of soft maple.
Common Name(s)
Ambrosia maple, wormy maple
Distribution
Primarily temperate regions in the Northern Hemisphere
Average Dried Weight
30.2 to 38.0 lbs/ft3 (485 to 610 kg/m3) depending on species
Janka Hardness
700 to 950 lbf (4,230 N) depending on species
Comments
So named for ambrosia fungi, which is found in association with ambrosia beetles. The beetles bore into the trunk of the tree, bringing with them the ambrosia fungi, which subsequently stains and discolors the surrounding wood. The discoloration can be very similar to spalted maple, though with ambrosia maple, the discoloration is centered around the boring paths of the beetles, and their entrance holes can usually be seen. (This also can create a challenge when finishing the wood as these holes usually need to be filled before a final finish is applied.)

Enter for your chance to win!